"
Following this exploit, Universal Genève introduced a watch with the name "Polarouter" in fall 1954. It was created and designed by one of the most admired watchmakers of the 20th century, Gerald Genta. He later created the "Royal Oak" for Audemars Piguet and the "Nautilus" for Patek Philippe. The Polarouter was, like the models worn by the SAS crews, supplied with the automatic calibre 138 SS with a pendular mass oscillating between two shock absorber. Very soon the watch was renamed to "Polerouter" and then fitted with the famous calibre 215 "Microtor" with a rotating mass incorporated in the movement." 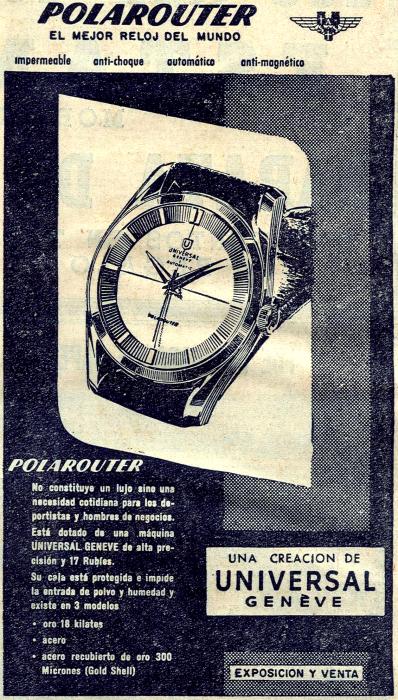