I've been to London many times, but never for serious vintage watch shopping. However, my thesis was simple --London is an antiques place and there had to be little shops available. Even the auction houses in London have a large number of sales --there's probably a least one a month, with many rare pieces constantly changing hands.

From the internet and friends, I had a few leads. But I didn't want the usual sources for new watches. I knew about Harrods, Mappin & Webb, and Watches of Switzerland. I was aware that Wempe was on New Bond Street, along with Patek Phillipe and Chopard. However, I wanted to find the old stuff.

My trip didn't start out well. Plans to meet Ziggy Wesolowki didn't work out due to his work schedule. I had heard that James Dowling was in Hawaii (probably a more sensible place to be). I made plans, however, to meet Shaun Miller --he graciously would come to London-- but then Shaun succumbed to a bad case of the flu. Worse, I arrived on Boxing Day, a holiday, and the Portobello antique market was closed. The next day was a Sunday and then Monday was a bank holiday. Not a lot was open.

But Shaun suggested that I stop by the Jubilee Market on Covent Garden on Monday --there's a few sellers with tables there. And there were. One fellow with a long beard had many interesting pieces, including two IWC pocket watches. A few tables down, another seller seemed to specialize in Omegas and Smiths. Three others had mostly junk, although there were NATO straps at 5 pounds each. A Sixth seller had a few interesting pieces, including a waterproof wristwatch with Scottish engravings from about 1915 --it preceded the Rolex Oyster case, he claimed. Well, back to the Smith seller. He had an excellent RAF military one. How much? He was asking 140 pounds. In the U.S., I've seen a few at $325 or perhaps $40 less in average condition. I asked him if he could do any better --he said "120 pounds. That's really a dealer's price." I said "sold".

Next I walked north of Covent Garden on Neale Street. There was another shop (see the sign above) but he was closed, apparently for the entire Christmas holiday. Next trip.

I then hit the antique shops of King's Road in Chelsea. Antiquarius had stalls for two watch dealers' one had some very interesting old JLCs --but he too was closed. Another had many watches, but most didn't interest me. A block west, on the other side of the street, was a newer mall. Another dealer, but he too was closed.

Back to New Bond Street. I had checked old issues of magazines and one major dealer, Duggan, had advertised in them. A fine little store in the Bond Street Antiques Centre, but he too was closed. But wandering the stalls I found another dealer in the basement -- Nino Santi with the Watch Store (Studio 38, 124 New Bond Street). Nino had good stuff, including three very fine gold IWCs and many fine Rolexes.

Then back towards Harrods. In a small arcade on Basil Street was another dealer --but he too was closed! However, that dealer seemed to specialize in newer watches. So I walked to Beauchamp Place, where the Watch Department is located. I met Nick Urul, who very much knows his watches. Moreover, I was very impressed with the quality of what he had. A good store, although generally expensive by U.S. standards. Yet Nick and I were able to strike a deal --for a close-to-mint stainless steel 1960s Ingenieur I'd been trying to find for almost a year. And it even had its box and original papers.

I then browsed through Burlington Arcade (a few pocket watches, nothing special) and crossed the street to go into Piccadily Arcade. There was Somlo --a small store, but really rarified things with impeccable quality. Two very fine IWC pocket watches, one amazing steel one ("only" 1100 pounds!) and more Rolex Princes than I've ever seen in one place.

That was it for me. I had to find time for a few other activities, particularly since my wife tolerated all these stops. But it was great fun, even if the prices were higher than in the U.S. on the whole. I was most impressed by the quality of the items that I saw --except for the dealers selling low-end items, the condition of so much was impeccable. I guess if you can attend auctions every month, you can pick and choose among hundreds of examples.

I'd certainly recommend a stop if you can, particularly since London does have a few other attractions. We did see three very good plays, too.

16 months ago, I was in London and found a good assortment of vintage pieces and several interesting dealers. I reported on my experiences in a post on TimeZone Classic (see No. 258). So this time, when I found myself going to Europe on a business trip, I took a day off to hunt down vintage watches in London. I met another TimeZoner and together we hit the shops.

But this time my experiences were totally different. There were few watches to be found and in most cases the prices were mind boggling. I’m not sure what happened: could it be that the market has absorbed all the good stuff and sellers don’t have any wares?

I started out visiting the antique stalls at the Jubilee Market in Covent Garden. Last time, there were about 6 sellers and some interesting stuff: an IWC gold pocketwatch, a dealer with NATO straps, and I even found a Smith’s military. The pocketwatch dealer wasn’t there and everyone else’s inventories were way smaller. The best I saw was a white dial, Omega military in a Mark X style, for an asking price of 200 pounds. There were a lot of Smiths –no militaries, though, and a lot of junk.

I next walked up Neal Street to the dealer whose window was depicted in my prior post. The store had changed. Same dealer but now he's a jewelry store. No more watches, except three, and a different sign. A vintage gold Hamilton --nice but ordinary-- was one of the three, for "only" about $1800. No wonder he's going into a different business.

On the other hand, I’ve painted myself into a corner, because I collect vintage IWCs and have most of the models I want. The remaining ones are close to impossible to find. But I pursue them relentlessly and, besides, I just like to look. Interesting watches are interesting, even if I don’t buy them, so I set out again on Tuesday to hit every dealer I could find. I figured I could do better than my short excursion on Monday.

The first dealer I found generally sold newer watches, mostly Rolex and Cartier, plus a 3 or 4 Pateks, circa 1970. He probably had no more than 20 watches in total, so I passed the store by. The prices in the window seemed high to me. I then headed off to a well-known dealer in the Piccadily Arcade and he had some really good stuff. But the prices floored me.

An IWC 14k gold, hunter-cased pocketwatch –in immaculate condition, marked Turler on the dial: “only” 1995 pounds --$3200. Then there was a typical, enamel dial 1WC circa 1920 –with an 18k case – but “only” around 2900 pounds ($4600). There were also 3 or 4 Rolex Princes there, but when I was asked the price I was told “well, in silver they start at 8500 pounds ($13,600). Also an original Panerai, an original Reverso, two huge watches –an interesting Longines and a Universal Geneve chronograph. A 150th anniversary Patek jumpiing hour. Condition on the whole was excellent, but I didn’t even ask the prices. As my friend said “If they don’t have the prices in the window, you know what you’re in for.”

Then I headed back to a dealer on Beauchamp Place. Last time, I was lucky to find an Ingenieur there. But this time he probably had 25 watches left, several of which were modern Rolex. He explained “I’m really low on inventory right now; I just came back from a watch fair in Hamburg where I sold 23 pieces”. Nothing much was left, except a gold, vintage Harwood with a dial that badly needed refinishing.

I next crossed across town to a dealer on The Strand. He advertises in the papers with one of those “have something in a drawer? I’ll buy it. Will pay up to 250 pounds for military watches,” -- and depicts an IWC Mark XI. A London collector, who was introduced to me by a mutual friend, told me to go there –“he almost always has something interesting”. He was wrong. Thirty old and uncollectible watches, mostly minor brands from the 70s. One Omega, one Longines. Thankfully, I bought a day pass for the tube.

We then headed back to New Bond Street, where there is an upscale antiques mall. Five vintage watch dealers there have stalls and last trip, again, I was lucky with one. This time, however, no such luck.

The first dealer, right by the entrance, was closed. He’s been a dealer for many years and I’ve been by his stall perhaps a half dozen times. Never open, despite intriguing boxes in the window. But down the main aisle was a dealer with, finally, a large inventory. Mostly Rolex from the 20s through the 40s –perhaps three dozen, generally in excellent condition, and perhaps another 30 assorted other brands. No “specially collectible” Rolex models; no vintage chronographs, calendar watches, early Explorers, etc.. Still nice stuff.

I then noticed the word “SC HAFFHAUSEN” had a space between the “c” and “h”. I asked the young lady politely “are you sure it’s not a redial?” “Absolutely, sir.” I thanked her and moved on.

Three of the dealers were in the basement of the antiques mall. Last time, one dealer had about 30 watches, including three IWCs. This time he had about 12, including one IWC that I’m sure was there 16 months ago. Nothing interesting, except perhaps one vintage Reverso.

The next dealer had an assortment of vintage and contemporary watches, nothing of which was distinguished. One year old IWC Mark XII on a strap, for 1800 pounds asking price ($2880). Another vintage Reverso, one cushion shaped Rolex from the ‘20s. Nothing special.

Out of total frustration, my friend and I then window shopped at all the new watch stores on New Bond and Old Bond Streets. There’s many: Asprey, Wempe, two or three Watches of Switzerland outlets, Patek Phillipe, and Chopard. We saw two IWC Deep Ones, a nice assortment of Langes at Wempe, and several stores had very good selections of Patek Phillipes. But I had been spoiled: a month before, I was touring the watch stores of Zurich. The inventory and prices are better there. I saw nothing new, but still it’s always good fun to look.

It seemed to me that the London vintage watch scene had changed. Dealers had smaller inventories. There seemed to be a concentration on Patek and Rolex, but not much else. Prices were sky high –and probably much higher than 16 months ago.

Upon my return I was talking to another collector, who has traveled regularly for years to Switzerland and the U.K. in constant pursuit of watches. He had noticed the same thing. “There’s less out there. It seems like a lot of the good stuff has been sold.” He told me that he had a group of watches that he was selling for about six months and, all of sudden, everything went in about a week. We agreed that demand is outstripping supply. 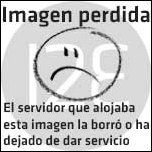